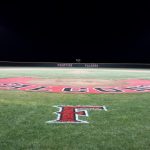 This Saturday (5/6) Frontier HS will be hosting Rensselaer Central four our annual Cancer Awareness Game.  For this year the team has decided to donate all proceeds to a semi local foundation call N.I.C.K.   N.I.C.K is the abbreviation for Northwest Indiana Cancer Kids.  The team will be wearing special gold jersey’s for this event in

Saturday, April 22, 2017 11:00 AM Tri-County High School AWAY 13 Frontier High School HOME 5 Game Recap This past weekend the Falcons hosted Tri-County for a conference double header. Frontier split with the Cavaliers losing the first game 3-2 and winning the second game 13-5. Offensively in Game 1 the Falcons were led by

Wednesday, April 12, 2017 5:00 PM Fountain Central High School AWAY 5 Frontier High School HOME 4 Game Recap After losing an extra inning battle with Fountain Central the Falcons move their record to 1-7-1 on the season and will dive back into conference play this Saturday with a double header at Clinton Prairie. Game 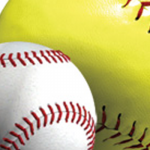 Tuesday, April 11, 2017 6:00 PM North Newton Jr/SR HS AWAY 12 Frontier High School HOME 0 Game Recap The Falcons fall to 1-6-1 on the season after a 5 inning loss to North Newton and will face Fountain Central Wednesday at 5pm on Falcon Field.

No Events This Week

Events are added by athletic staff.
View All Events